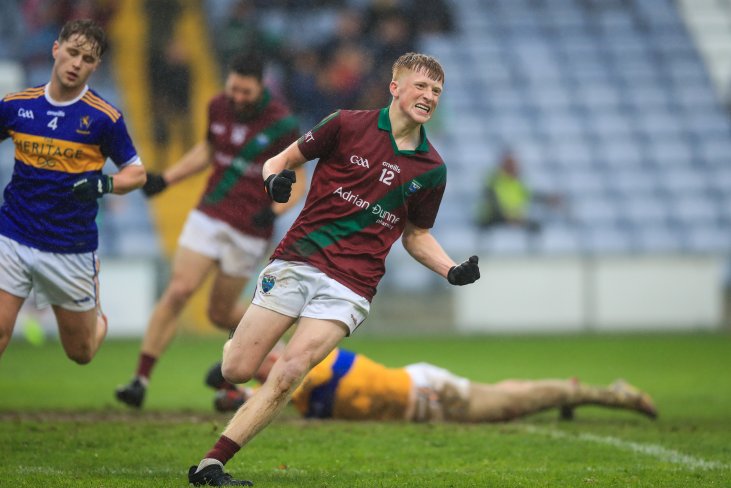 Laois champions Portarlington saw off Castletown of Wexford by 1-11 to 0-10 at Chadwicks Wexford Park to move into the quarter-finals of the Leinster club senior football championship.

The Model County champions had led by 0-7 to 0-4 at the halfway stage thanks to the points of Brendan Halpin, Liam Coleman and Donnacha Holmes, but Martin Murphy’s dug deep in the second-half and snatched the victory late on.

Colm Murphy frees and a ‘45 from ‘keeper Scott Osbourne had steered Portarlington in front with three minutes remaining prior to Robbie Brooks’ free sailing over as extra beckoned.

However, the Laois three-in-a-row winners finished brilliant as Rioghan Murphy shot over a point and Paddy O’Sullivan crashed in a superb goal to seal their date against Carlow champions Palatine in the last eight.

In Ardee, Louth champions St Mary’s made their goals count to overcome Longford’s Colmcille by 3-7 to 1-7.

Dáire McConnon netted a brace of first-half goals for the home side ahead or Cathal Reilly pulling one back for Colmcille before break, as the sides went in with the scoreboard reading 2-4 to 1-2.

The visitors did comeback in the second-half to narrow the margin down to one, but their hopes were dashed by late Shane Matthew goal that sees the Saints now up against Westmeath champions The Downs in the quarter-finals in a fortnight's time.