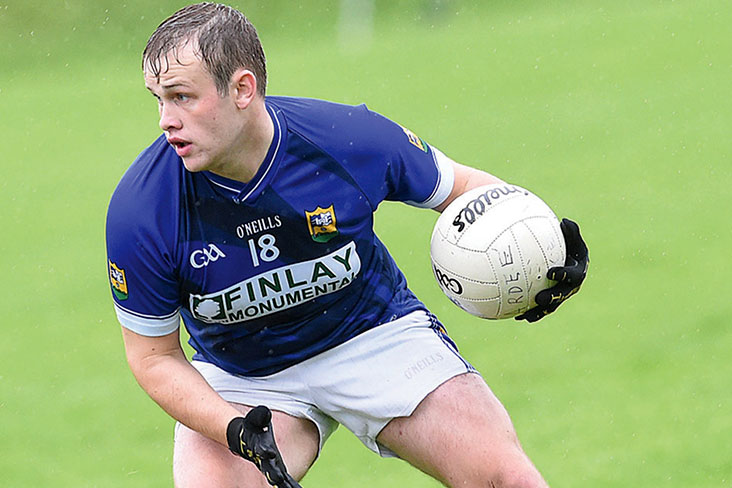 A last-gasp goal from Carl Gillespie saw St Marys claim a dramatic win over St Mochtas to get their Senior Championship campaign off to the best possible start.

It looked as if the Louth Village men were on destined to secure a shock win when they led by a point going into injury time. However, the Ardee men were not to be denied and struck the decisive blow in the dying seconds.

With the Ardee men having secured the Cardinal O’Donnell title in their previous outing, they were strongly fancied to come through this test, but they were made fight all the way by a Mochtas side who will be bitterly disappointed to have come away with nothing.

An action-packed encounter saw the Marys get off to the best possible start when Daire McConnon found the net inside a minute. Although the Mochtas hit back to level through Declan Byrne, Ciaran Byrne and Cormac Smyth, the Ardee men struck a second goal on 13 minutes to lead by 2-0 to 0-3.

Elation turned to disappointment for Jackson when he picked up a second yellow card seconds later, and the numerical advantage helped the Mochtas get back into the game.

However, the Louth Village men suffered a setback when Ryan Cash was also dismissed for a second booking and the Marys finished the half with a point from Ronan Carroll to lead by 2-4 to 0-7 at the break.

The sides were level inside a minute of the second half as Craig Lennon found the net for the Mochtas.

The Louth Village men then edged ahead and as the teams traded scores for much of the half they remained ahead going into the closing minutes thanks to a late Declan Byrne point.

However, the Marys refused to give up and they illustrated their resilience with the final kick of the game as Gillespie snatched a dramatic win.