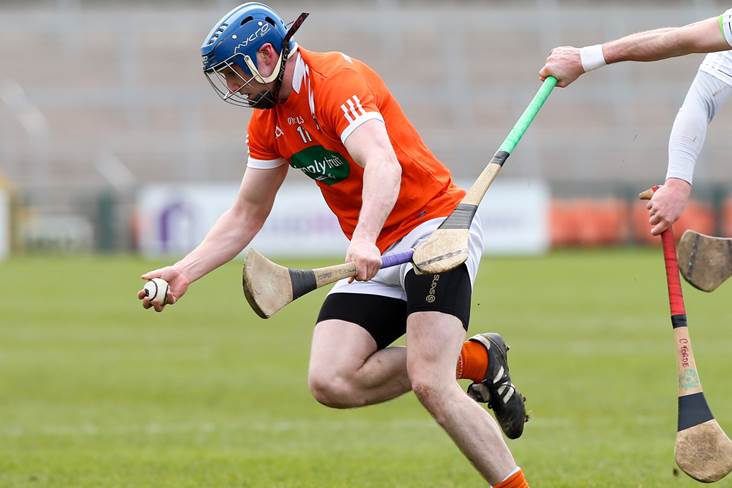 Armagh cruised to a 1-21 to 0-12 victory against Leitrim at the Athletic Grounds to mark an impressive return to Nicky Rackard Cup duty this evening.

Last year’s beaten finalists were never troubled by their Connacht counterparts as they built up a commanding 0-15 to 0-5 by the interval, with Paddy McBride, Conor Corvan and Nathan Curry all doing damage.

A couple of Gavin O’Hagan frees took come tarnish off the scoreboard for Leitrim early in the restart, but Shaun Toal’s goal soon had them 10 behind again as the Orchard men won out comfortably.

In Clontibret, Mayo were in ruthless form as they handed hosts Monaghan a 3-32 to 2-10 hammering.

Jason Coyne’s goal helped the victors to lead by 1-13 to 1-4 at the half and they’d net again early in the restart before Luke Hurley’s major on 50 minutes opened up a 15-point gap that wouldn’t be closed by the Farney men.

Earlier in the day, Donegal made their goals count in a 2-13 to 1-14 win against Longford in Letterkenny.

The home side were 0-11 to 0-5 in front at half-time before Longford reduced the margin to two points with 20 minutes to go.

However, the Tir Chonaill men would bag goals in the 51st and 70th minutes via Richie Ryan and Ronan McDermott respectively to take the pressure off.

An injury-time goal at the other end from Joe O'Brien would only prove consolation for the Midlanders as they lost out by two points in the end.