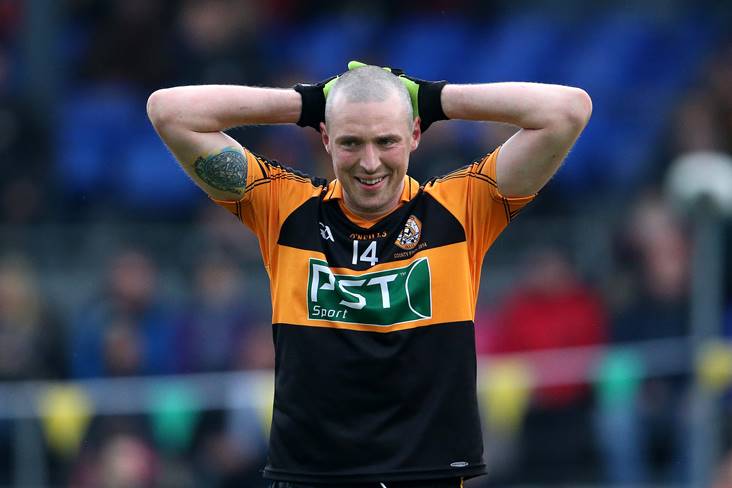 There was no shortage of drama as Austin Stacks advanced to their first Kerry SFC final since 2014 on December 5 following a penalty shoot-out victory over St Brendan's this evening.

Stacks scored all five of their penalties to win the shoot-out 5-3 - Kerry legend Kieran Donaghy drilled the winner much to the delight of the home support at Austin Stack Park. Goalkeeper Wayne Guthrie pulled off a fine save from impressive super-sub Ivan Parker to enable Wayne Quillinan'sside to reach the Bishop Moynihan Cup decider against either Dr Crokes or Kerins O'Rahilly's.

It was Parker who ultimately sent an enthralling contest to penalties after he blasted home an outrageous goal from 20 yards in the dying minutes of extra-time. That had nudged the district team ahead by one but there was still time for fellow substitute Sean Quilter to level things up for Stacks at full-time in extra-time - 2-9 to 1-12.

Stacks led by 2-8 to 0-10 at half-time in extra-time, with a Quilter point attempt from near the sideline dipping at the last second and sneaking in under Eoghan O'Brien's crossbar.

Level on six occasions in normal-time and appearing in their third successive semi-final, St Brendan's looked the more likely winners for most of the second-half with Parker and Andrew Barry both on target with points before a fortuitous Darragh O'Brien goal from a free on 55 minutes found its way to the net. O'Brien was Stacks only scorer in normal-time.

St Brendan's fought back valiantly from three points down as goalkeeper O'Brien showed his nerves to split the posts from a '45 to force extra-time after his initial effort had fallen short.

Six points were shared equally during a low-scoring first-half of normal-time with both teams struggling to create opportunities.

Class is permanent as Kieran Donaghy secures a penalty shoot-out win for Austin Stacks in their Kerry SFC semi-final against St Brendan's. pic.twitter.com/PMAf2Q1oNy