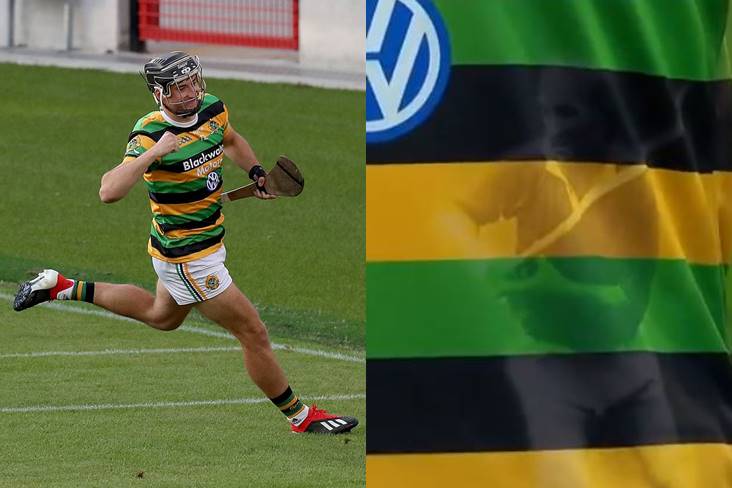 Glen Rovers' Simon Kennefick celebrates after scoring a goal in the jersey paying tribute to his legendary grandfather Christy Ring.

Simon Kennefick pulled on the Glen Rovers jersey paying tribute to his legendary grandfather in yesterday's Cork SHC clash with St Finbarr’s and fittingly marked the occasion with two goals.

As 2020 is the 100th anniversary of the birth of Cork great Christy Ring, one of the greatest hurlers to have ever played the game, Glen Rovers will wear special edition jerseys in honour of him this season.

It was only fitting that Ring's grandson Simon starred on the night the jerseys were worn for the first time as he raised two green flags for Glen in their 3-20 to 2-15 opening round victory at Pairc Ui Chaoimh.

"We only really found out today, before the game the lads took them out of the bag," Kennefick said when speaking to RTÉ's Marty Morrissey afterwards.

"It was a nice touch, especially for my family, myself included, to play in his 100th year.

"I suppose he's just my grandad when I think about it. It's only when you step back and you see this and the occasion, you realise how special he was."